With four days left to go, the Queensland 2017 election campaign continues to test the pundits and confuse the punters.

As we make the final sprint to the ballot box, let’s recall the factors that have caused unprecedented uncertainty:

Last week’s Sky News/Courier Mail People’s Forum placed 100 undecided electors in a room to watch a head-to-head debate between Premier Annastacia Palaszczuk, Opposition Leader Tim Nicholls and One Nation state leader Steve Dickson. When voters were asked at the end of the debate who they were more likely to vote for, the Premier received 60 per cent support, while Mr Nicholls won 12 per cent and Mr Dickson managed 10 per cent. The remaining 18 per cent of the participants were undecided. 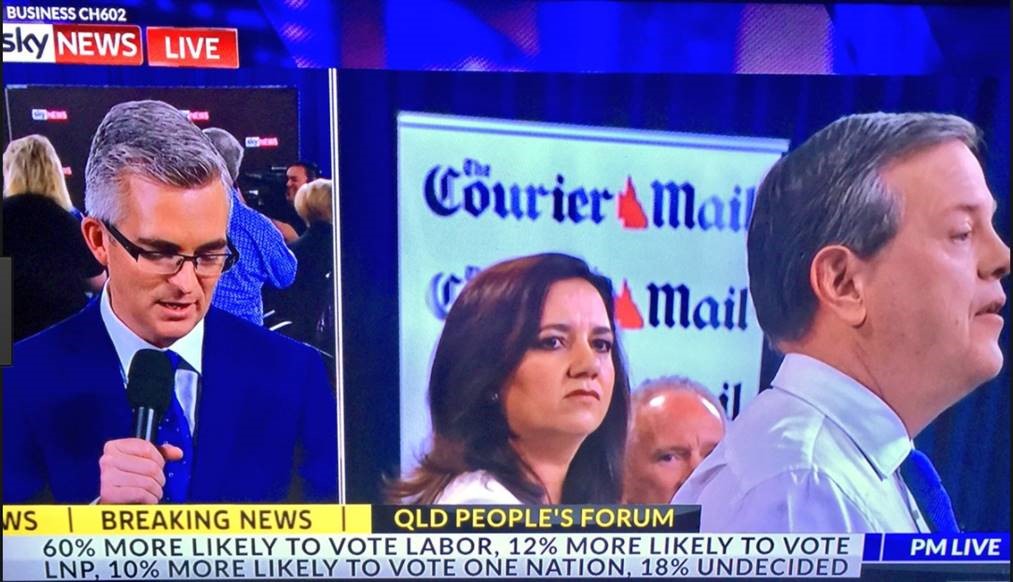 The debate covered the same key issues which have resurfaced time and again during the campaign. The Opposition Leader had a testing time over questions about whether he would seek the support of One Nation to form government, even being jeered by the crowd to provide a ‘yes’ or ‘no’ answer. The Premier was questioned intensely over Adani and her decision to veto a loan from the Northern Australia Infrastructure Facility. A show of hands in the room revealed limited support for the Adani project overall; and zero support for a taxpayer-subsidised loan. While this reflected the views of an audience predominantly made up of south-east Queenslanders, it highlights the difficulties the parties face in campaigning across the economic divide between the regions and the south-east of the State.

One Nation’s Steve Dickson again pledged to scrap the $5.8 billion Cross River Rail project in order to fund a range of initiatives, principally in regional Queensland.

Mr Nicholls gave a strong indication he would form government with the support of One Nation or Katter’s Australian Party (KAP) in the event of a hung parliament, saying the LNP would “work with the parliament that the people of Queensland provide”. Premier Palaszczuk continued to reiterate Labor’s position that it will not work with One Nation in any way, accepting that this may mean going into opposition.

A Sky News/ReachTEL poll taken last weekend revealed that Labor is leading the LNP on a two-party preferred basis, 51 to 49 per cent. The poll shows Labor’s primary support is at 34 per cent, compared to 30 per cent for the LNP, 17 for One Nation, 10 for The Greens, 3 for KAP and 6 for ‘other’. The result further reinforces how tight the election race remains. 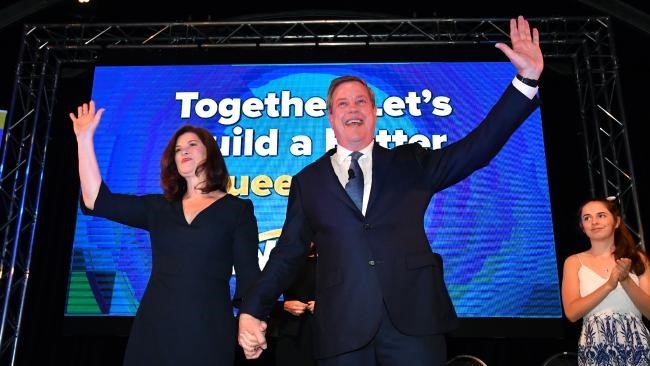 Labor’s launch was on the Gold Coast and prominently featured hopeful candidates for the seats of Gaven and Currumbin, Meaghan Scanlon and Georgie Leader. Along with appearances from the full Palaszczuk Cabinet, Labor landed a hit with world boxing champion Jeff Horn introducing the Premier. 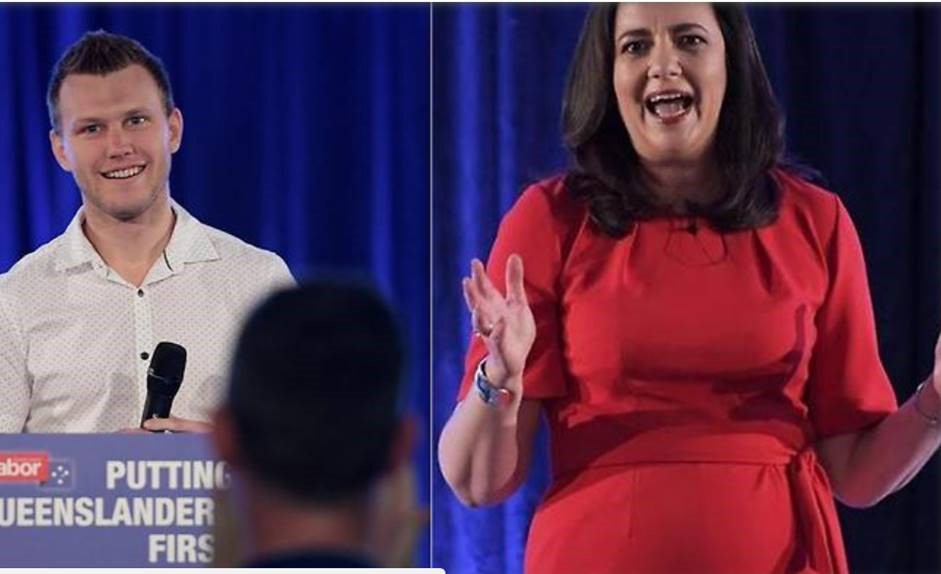 Traversing the State over the past week, both leaders have maintained campaign activity across the regions as well as south-east Queensland. Mr Nicholls started the week in Mackay, where he promoted the LNP’s infrastructure plan to build new roads, bridges and dams. Taking a bus from Cairns to Townsville last week, he focused on the Opposition’s plans to address crime.

Former Prime Minister John Howard joined the LNP on the campaign trail in support of MPs Ian Walker and Tarnya Smith, whose seats of Mansfield and Mount Ommaney have become notionally Labor following the electoral redistribution.

One Nation Leader Steve Dickson has continued his involvement in state-wide campaign events. While the outlook for the campaign has been uncertain and confusing for observers, perhaps one of the more quirky moments of the campaign was a press release distributed via Twitter with the headline “Pauline Hanson expecting baby”. Readers who responded to the ‘click bait’ found the statement was in relation to the birth of the One Nation leader’s fifth grandchild and potential future supporter. Following a short break from the campaign to be with her daughter, Senator Hanson has vowed to return to the campaign today. 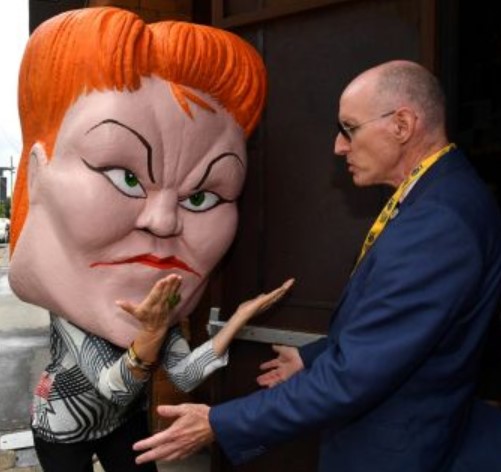 A protester masked as Senator Hanson being refused entry to the LNP’s launch (source: AAP)

Based on publicly-available opinion polling, the most likely pathway to a change of government would come from an LNP minority government, supported by One Nation. So in this last week of the campaign, let’s look at a few of the seats where One Nation has its best chance for a win.

The LNP narrowly held off a challenge by Pauline Hanson at the 2015 election, who came within just 114 votes of winning the seat, after the allocation of preferences. The electorate, which covers rural areas between Toowoomba and Ipswich, represents One Nation’s best prospect for a win. The seat is particularly vulnerable due to the retirement of sitting LNP MP Ian Rickuss, who has held the seat for almost 18 years.

Sitting Labor MP Aaron Harper holds the seat with a 6 per cent margin. The electorate has become increasingly volatile in recent elections, despite being held by Labor since 1986, with the exception of two terms. In 1998 it was won by One Nation, while in 2012 the ALP’s primary vote crashed to third place, with the LNP clinching victory ahead of Katter’s Australian Party. Despite having been ‘outed’ as the owner of an adult store connected to a number of distasteful and explicit social media posts, One Nation candidate Mark Thornton appears to be the favourite.

A Newspoll published on 18 November suggests Labor is polling 29 per cent in Thuringowa, while One Nation is on 28 per cent and the LNP is trailing with 21 per cent. Based on likely preference flows, Newspoll gives the seat to One Nation with 54 per cent on a two-party preferred basis, compared to Labor’s 46 per cent. Incumbent MP Aaron Harper remains Sportsbet’s favourite, however, with odds of $1.40 to One Nation’s $2.80.

Located in Queensland’s Wide Bay-Burnett region, Maryborough has a long history of volatility and support for independents and minor parties. One Nation previously held the seat when it snatched it from Labor in 1998. It then remained in independent hands until 2012, when it fell to the LNP for a single term, before being unexpectedly won by Labor’s Bruce Saunders in 2015.