With candidate nominations now closed – and pre-poll voting open – the campaign is heating up as Queensland heads towards an election in 11 days time.

Events that started with an academic researching the lineage of former Greens Senator Scott Ludlam have engulfed the Federal Parliament in a citizenship crisis, leading to the recent resignation of One Nation Senator for Queensland Malcolm Roberts, who was found to be ineligible to sit in Parliament on the basis of his dual citizenship. He was this week replaced by Senator Fraser Anning, who resigned from One Nation to sit as an independent almost immediately after being sworn in yesterday, citing poor treatment by the Party. Premier Annastacia Palaszczuk is likely to use these events over coming days to attempt to disrupt the momentum One Nation has enjoyed since the 2016 Federal Election – and momentum is everything during an election campaign.

Seeking to move beyond the Adani issues which dominated the first fortnight of the campaign, Labor has shifted to heartland issues, donning high-vis to make announcements about regional jobs, along with major health and education policies.

The Opposition Leader took a leaf out of former Queensland premier, Peter Beattie’s book in a bid to create some colour and interest in the campaign.  He emulated Mr Beattie’s 2001 swim in a shark tank to announce an election policy. Wet-suit clad, he swam with the fish at Cairns Aquarium and announced the LNP’s $20 million tourism policy, which includes funding to attract flights and tourists to regional locations.

Later in the week Mr Nicholls rode on a rollercoaster to announce a new road upgrade. The Opposition Leader is clearly enjoying the campaign! The LNP also announced it will preference One Nation ahead of Labor in around 49 seats.

The Premier once again focused her efforts on regional Queensland this week, while Opposition Leader Tim Nicholls remained predominantly in South East Queensland.

Premier Palaszczuk was joined by Federal Opposition Leader Bill Shorten in the key battleground seat of Maryborough to announce Labor’s plan for the manufacturing sector, including the establishment of manufacturing hubs in Cairns, Townsville and Rockhampton, and the appointment of a new designated manufacturing minister. Premier Palaszczuk also visited the Burdekin electorate, where she announced $151 million towards expanding renewable energy generation, in line with Labor’s 50 per cent renewable energy target.

The LNP has continued to have a controlled and low-risk schedule with major campaign appearances on the Gold Coast and in Cairns.

Premier Palaszczuk will launch Labor’s campaign on Sunday 19 November at the Gold Coast Convention and Exhibition Centre – a clear sign that the Party has not lost hope of picking up a seat or two on the Gold Coast. Meanwhile, Opposition Leader Tim Nicholls will also officially launch the LNP’s campaign on Sunday, where he will outline his vision to the party faithful and Queenslanders. 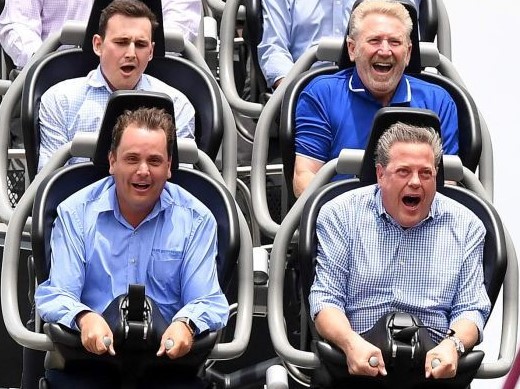 The headline of Labor’s education policy is an additional $500 million toward building 10 schools and refurbishing a further 17, doubling the Party’s funding commitment to $1 billion. Other commitments include:

LNP
In a direct appeal to seniors, the LNP has committed to free off-peak public transport and half-price driver’s licences for the elderly. Other commitments include:
Read the policies

The electorate of Logan covers urban and semi-rural areas to the south of Logan City. The seat has predominantly been Labor-held, however fell to the LNP for a single term in 2012, before being regained by Labor’s Linus Power in 2015. According to a Galaxy Poll, One Nation’s support has swelled to 33 per cent in the seat, creating a close two-way contest with Labor. Despite a strong preference flow from the LNP, One Nation’s candidate still trails Mr Power 48 per cent to 52 per cent on a two-party preferred basis. The outcome in the seat will come down to the flow of preferences, with Mr Power likely to benefit from the Greens and some LNP supporters, while the kickboxing One Nation candidate will be going for the KO.

Bonney is a new seat on the northern Gold Coast that has no sitting MP. Both major parties will fight hard to gain the seat over the remainder of the campaign, with each currently sitting at 50 per cent of the two-party preferred vote, according to the 11 November Galaxy Poll. One Nation is not running a candidate in this seat, which will be one to watch come election night.

Located in Queensland’s north, Whitsunday is a very marginal seat held by the LNP’s Jason Costigan. The seat was previously held by Labor during the Beattie and Bligh Governments, from 2001 to 2012.  Quarantining the seat from Labor will be critical for the LNP’s path to forming government. At the same time, snagging a seat like Whitsunday will make up for potential regional seat losses elsewhere for Labor. The seat was won by One Nation back at their 1998 debut and the party is again expected to run a strong race in this election, given the regional and rural make-up of the electorate.